In a world in a constant state of flux, most of the challenges we face today are unprecedented. Nowadays, leading companies find the best clues by applying automated analysis techniques based on artificial intelligence to vast amounts of data. This study is an example of how LLYC is committed to applying these Data Analytics technologies to the analysis and study of information in all its communication, public affairs and marketing consultancy processes.

WHAT DO WE UNDERSTAND A LEADER TO BE AND HOW DO WE ANALYZE THEIR POTENTIAL?

Who might become a leader? Transformational leadership as the basis

In other words, the methodology was based on three basic criteria: having a purpose; rallying potential; and influence capacity.

Methodological basis: how to predict the personality, values and needs of leaders

Using the Trait Theory, this report focuses on the Big Five psychometric model. This model examines personality structure according to various facets of five different dimensions or traits: 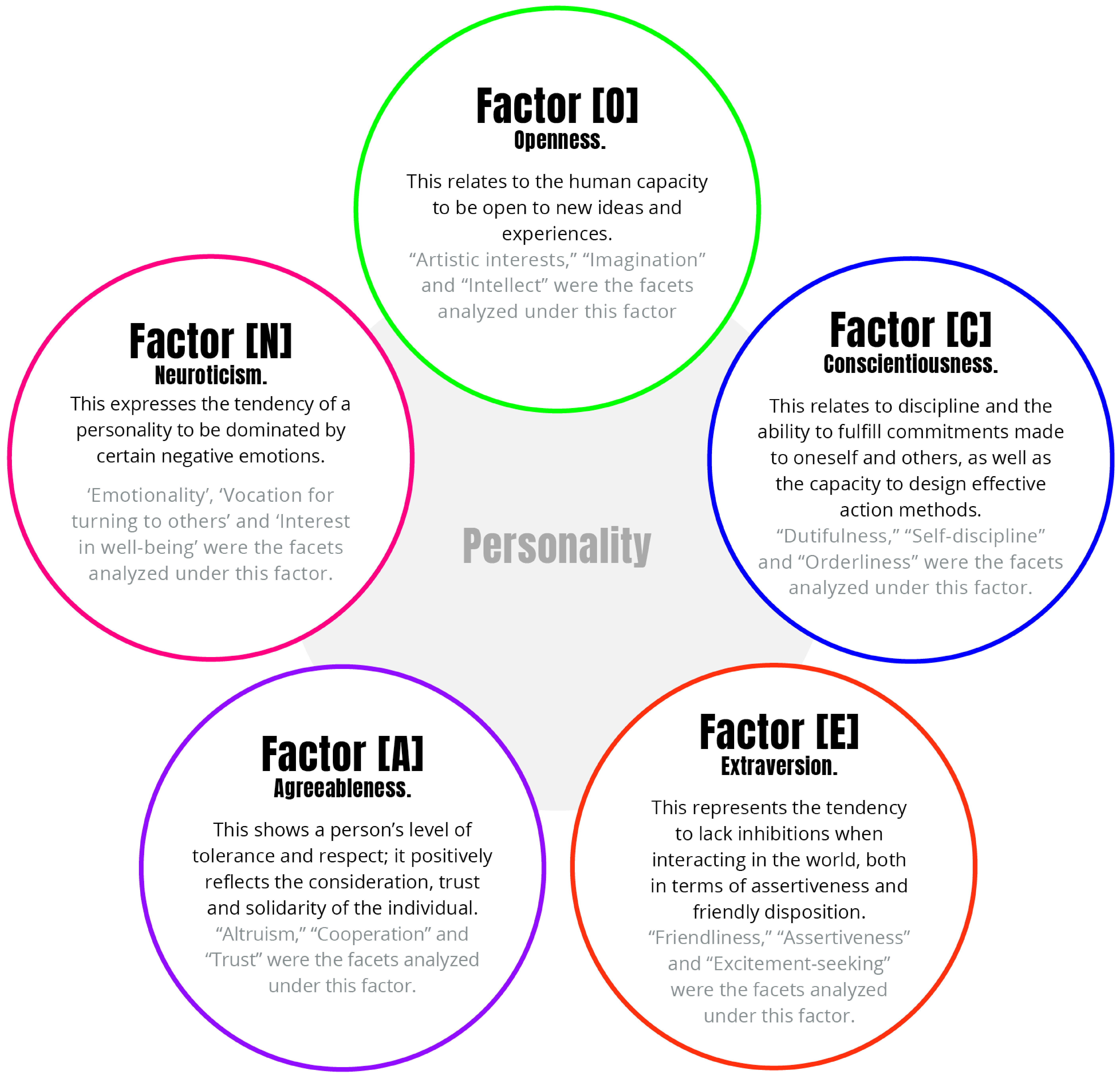 This study obtains a part of its conclusions from the Big Five personality analysis model in order to glean the characteristics of our Future Leaders. We also used the following techniques:

Our work deals with and analyses the phenomenon of leadership according to the FRLM (Full Range Leaership Model). FRLM is a general leadership theory focused on the behavior of leaders towards the operating force in various situations. Bruce Avolio and Bernard Bass introduced the concept of three different leadership styles in 1991: transactional, transformational and laissez-faire .

We based our conclusions on an analysis of the most outstanding psychological traits of 120 Future Leaders in 12 Ibero-American countries. In order to provide a point of reference, the same process was conducted on a list of 16 current and consolidated leaders from the same geographic and linguistic sphere (Spanish and Portuguese). The analysis model consisted of the following stages:

For the technical implementation of the model described above, the following technology was used: